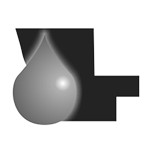 The primary target audience was middle-school aged males. The goal was to make the audience aware of elemental mercury and that it is hazardous to health, with the key message being 'if you find mercury, leave it alone, tell an adult' i.e., "Don't mess with mercury". This 30-second animated video PSA is available in English and Spanish (as well as closed captioned).

The Hg PSA project arose from a request for assistance by Region 9 EPA Superfund Division to ATSDR DRO for community outreach after several fairly large mercury spills had occurred in the region that were attributed to school children getting hold of mercury.

DRO Director, Tina Forrester, funded the development of this project while EPA Region 9 committed to providing distribution. Susan Muza and myself worked with EPA and a contractor to develop the PSA. EPA obtained the domain "dontmesswithmercury.org". The website has links to EPA and ATSDR mercury pages and may, in the future, include other state mercury pages as well. Other distribution efforts are planned including social networking and a pilot with Nevada cable stations to run the PSA.